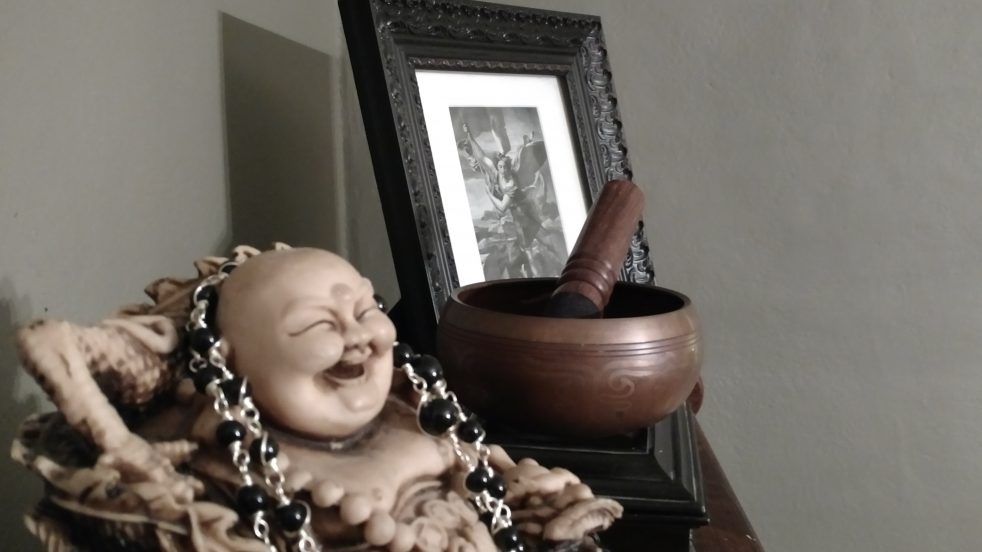 It’s a strange sensation when you know you’re dying. Stranger still, when you know that it is in some ways by your own hand. That was the only thing I knew for sure during the first week of October, 2000. I knew the disease of alcoholism was killing me and that if I took another drink I’d be dead before the age of 28.

I was in rehab again for the second time in three years, brought there by two friends and mentors I’d made during my first attempt at recovery. These two men traveled from Nashville to Indiana to pull me from my self-created hell and take me back to the treatment center I’d been admitted to two years earlier. Later they both told me that they weren’t exactly confident that I’d be able to get sober again, especially after they saw how I was living in my addiction. After my live in girlfriend moved out due to my drinking and insanity, I’d locked myself up in the apartment and began an episode of binge drinking and cocaine use, only leaving the apartment when I needed to replenish my reserves of poison. I was beginning to have both visual and auditory hallucinations, often pulling my bed from its box springs and placing it against the door because I believed that there were things outside the apartment that were stalking me.

Bill Wilson, the founder of Alcoholics Anonymous, writes that when alcoholics are toward the end of their disease, they will know a loneliness that few people ever experience. I knew what that loneliness was, a feeling that the world no longer wanted me in it, that I was incapable of functioning without the effects of consciousness blunting drugs, that the only choice was to either check-out or stay intoxicated round the clock until my body finally shut down. Once I got to treatment and was detoxed, the hopelessness became even worse, a false belief that I’d already tried recovery telling me that there was nothing they could offer me which could allow me any sense of peace or well-being.

I’d grown up in a religious home, my mother was the secretary at the church and a deeply spiritual woman that tried to show me that there was more to the world than what I could perceive with my two eyes. But as I grew older and my addiction grew worse, my vision became more narrow, until I could only see the glaringly obvious intellectual and moral absurdities connected to many religious practices and sects. I’d become so cynical and angry that even the mention of the word ‘God’ would cause me to strike-out verbally against the one who uttered it.

On October 8, 2000, my fifth day in treatment, my despair became so deep, and the craving for alcohol so strong, I went back to my room and sat down on the bed and cried. I was considering leaving the treatment center and spending the last few dollars I had on a motel room and a bottle of rot-gut alcohol, just to silence the voices of my disease that wouldn’t relent with its whisperings of shame, self-hate and hopelessness. Then a second choice came into my mind, seemingly out of nowhere. With nothing left to lose, I called out to the Universe and begged divinity to help me.

In a flash, everything changed.

A deep feeling of peace enveloped me, a feeling that is beyond description, and I’m sure beyond belief for those who have not experienced it. Along with the feeling was a rush of insight about the nature of my problem: My entire life I’d been trying to achieve happiness by attempts to manipulate reality into what I thought it should be, instead of making the best out of the reality in front of me. I also realized that for most of my life I’d been a taker instead of a giver, and that this was the source of my existential angst. I saw that negative emotions and mental states preceded from my own consciousness, not from what other people had done to me. There were many other insights, some impossible to convey, but simply put, I had a deep and profound spiritual awakening that altered the entire course of my life. I’ve never had a drink or drug since.

Though my awakening gave me the hope I needed, there was a long road ahead of me. I’d spent fourteen years in my addiction, over a decade of making decisions based on what was easy instead of what was right. I spent eleven months in a recovery house, doing things like learning to make my bed and being where I said I was going to be. I worked jobs making minimum wage and learned that dignity comes from how you do your work, not from the work you do. And most importantly, I learned that the practice of spiritual principles in my life would enable me to deal with reality without the need for intoxicating substances.

Eighteen years later, the life I have is the life I want. I am still committed to helping those suffering with addiction in honor of all the family and friends who helped me along the way. As for the opioid and addiction crisis we are currently facing; it will be solved by individuals who heal, not governments that go to war.